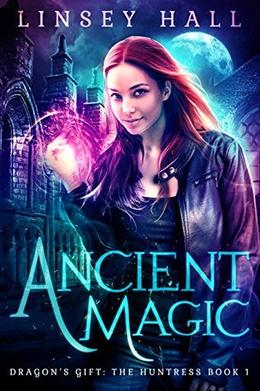 Cass Clereaux is good at two things: finding treasure and killing demons. Lying low is a close third—but not because she wants to be good at hiding. Cass is a FireSoul, one of the unlucky few to inherit a piece of the dragon’s soul. Being born with the dragon’s covetousness should be a sweet gig—she has the power to find and steal any type of treasure, including the powers of other supernaturals.

But it doesn’t come without a price - stealing powers requires that she kill, and others would destroy her if they discover what she is. In a world full of magic, hiding her powers is the only way to survive. Finding magical artifacts and killing demons are the only ways to pay the bills. It’s a dangerous job when you can barely use your magic, but that’s one of the things she likes about it.

When Aidan Merrick, the most powerful shifter in the city, hires her to find an ancient scroll, she doesn’t want to take the job. His immense amount of power reminds her of too much of murky memories from a past she can’t remember. But she doesn’t have a choice. The scroll will reveal what she is. And if anyone finds out, she’s dead.

'Ancient Magic' is tagged as:

The 'Dragon's Gift: The Huntress' series

All books by Linsey Hall  ❯