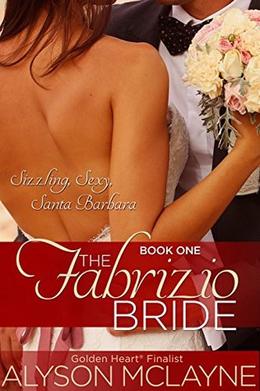 A year after being dumped by her childhood friend-turned-lover, Sarika Dkany has decided to move on with her life. No more waiting for Rafe to come back for her. No more putting her life on hold. She wants everything he can’t give her: a home, husband, and family, and she’s going to get them – with someone else.

She’s done trying to make him love her.

But then Rafe shows up and turns her world upside down – again – and it takes every ounce of determination she has to keep her hands to herself and keep saying ‘no’…even though she’s waited half her life to hear the question.

For all of Rafael Fabrizio’s trappings of success – his old-money family, his multi-national company, his movie star good looks – he’s a man afraid to let his guard down and take what he really wants: Sarika, his grandmother’s Goddaughter and only woman to set his body – and soul – on fire.

A fire that burns so hot, so all-consuming, he feels out of control.

So when his grandmother falls ill and he has to bring Sarika back to Santa Barbara, he’s determined to keep his distance – except Sarika does the unthinkable and says she’s over him. Faced with a lifetime without her, Rafe realizes he needs her and vows to convince her he’s changed – before she finds someone else who’s not afraid to love her.

But has he really changed? Sarika doesn’t think so. To prove it, she has a plan, and if he truly wants to be with her, he’ll get on board…no matter where it takes them.
more
Amazon Other stores
Bookmark  Rate:

'The Fabrizio Bride' is tagged as:

Similar books to 'The Fabrizio Bride'

All books by Alyson McLayne  ❯

Buy 'The Fabrizio Bride' from the following stores: