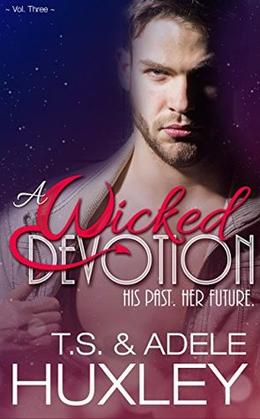 The choice between right and wrong is not always black and white.

Rian has vanished, Masie’s run away, and much to his dismay, Xander is helpless to control any of it.

Maisie and Xander are left standing atop the rubble of a relationship that ended before it could start. He knows Maisie is in desperate trouble yet she refuses to take his help. Even after revealing his darkest secret about the mysterious Rachel, he fears he’s caused too much pain to ever win Maisie back. The harder he pushes, the further she runs…

Maisie learns the truth behind the growing conflict with the incubus clans. She questions everything Damon, Xander, and Rian led her to believe. A more modest trip to New York City to meet the succubus Matriarch brings answers, and the promise of a new life. Stronger, confident, Maisie is taking back her control… whether the men in her life understand or not.

Lilin suspects Maisie’s ties to the Kael family, setting increasingly difficult tasks to prove her loyalty. A final test of her devotion will shape the future for all the clans. Which path will she choose? How much will she have to sacrifice to take back her life once again? And who will be at her side if she succeeds?

'A Wicked Devotion: A New Adult Paranormal Romance' is tagged as:

The 'The Kael Family Trilogy' series

All books by T.S. Huxley  ❯

Buy 'A Wicked Devotion: A New Adult Paranormal Romance' from the following stores: