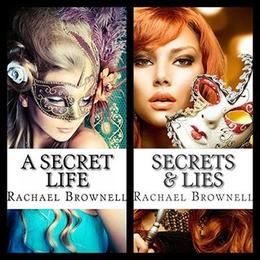 “I think you and I were meant to meet. I think all of this was
supposed to happen. You are my destiny.”

She never thought her life would be this complicated. Or this dangerous. Running from her past, Kat and her mom end up in a small Colorado town when Kat run’s directly into her future. She changes everything about herself to try and blend into the background, to go unnoticed. She pushes everyone away and erects walls around herself and her heart. As hard as she tries, though, Kat can’t seem to escape the pull Cam has on her.

Cam has never been so intrigued by anyone. Not only is Kat the most gorgeous girl he’s ever seen but also the most mysterious. She’s hiding something and he’s hell-bent on finding out what it is. The only problem is she’s trying to shut him out which only furthers his determination to get close to her.

When Kat learns her past is catching up with her again she has to run, leaving Cam, and her broken heart, behind.

MAGDELYN BECKER lost her entire family when she was seventeen. Ever since, she’s avoided relationships at all costs: personal, physical and emotional. She doesn’t trust anyone and won’t allow herself to get close enough to create a connection. It’s the way she is - take it or leave it. Her new job as an FBI agent has her letting her guard down, and letting the wrong person into her life, her mind and her heart.

TAYLOR DONOVAN is sexy, powerful and dangerous for Maggie’s heart. He doesn’t show emotion and can spot an agent a mile away. The thought of her being an FBI agent is the farthest thing from his mind when he lays eyes on Maggie Becker. She’s beautiful, sweet and brutally honest, and honesty is not something Taylor is used to in his business. It’s her beauty which blinds him though, and it might be what costs him everything, including his heart.
No one can be honest 100% of the time, not even Maggie. It’s her job to lie to Taylor. It’s her job to break him down and then bring him down. The only problem is she has to do it without Taylor realizing it’s happening. After all, Taylor Donovan is supposed to be dead. The FBI shouldn’t be looking for him.
more
Amazon Other stores
Bookmark  Rate:

'The Secrets Duet' is tagged as:

Similar books to 'The Secrets Duet'

All books by Rachael Brownell  ❯

Buy 'The Secrets Duet' from the following stores: