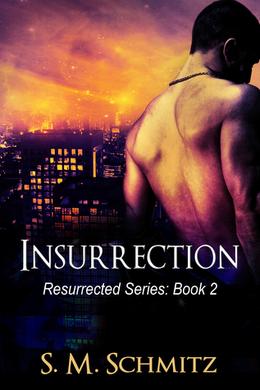 Eric thought he and his friends were safe from the people who wanted Lottie dead. But he was wrong. When they all join him in Houston to ring in a New Year, they discover these men are getting increasingly desperate to eradicate anyone who knows about Lottie’s existence – which means they are all targets now.

To make his life even more complicated, Eric finally meets the woman of his dreams while he’s trying to unravel this new mystery of who wants his friends and him dead now. And he will have to decide between his love for the woman he’s been waiting for and the friends who are depending on him to survive.

Insurrection is the second book in the Resurrected series and continues the story of Lottie’s resurrection and the dangers she and her friends face because she exists.
more
Amazon Other stores
Bookmark  Rate:

'Insurrection' is tagged as:

Vengeance
Vengeance
(Warships of the Spire #1)

Buy 'Insurrection' from the following stores: