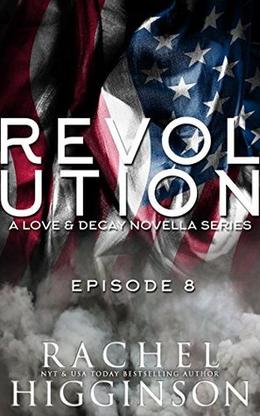 It’s not easy being a badass Zombie killer. But somebody’s got to do it.

Harrison Parker has hated the same girl for the last ten years.

Hated her and wanted her.

Adela has been nothing but trouble for him since the day they met. They fight constantly. They argue. They can’t stand each other.

But in the secret moments when they think nobody is looking, they also need each other. They heal each other. Sometimes, they even save each other.

When Page goes missing and the Parker family jumps to rescue their favorite sister, Harrison and Adela are forced to team up in an epic battle for survival- both for their lives and their hearts.

Unless he can convince her she has a reason to stay…

'Love and Decay: Revolution, Episode Eight' is tagged as:

All books by Rachel Higginson  ❯