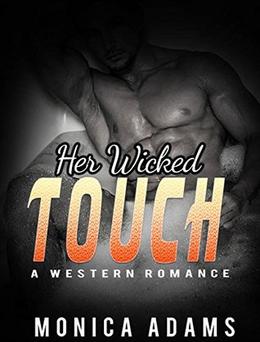 
Shae is the typical type A personality that can be found at most colleges around the country. She had a plan that did not involve much else than her studies and the many jobs needed to cover rising tuition hikes. Her life was busy and full, but there was something missing that she did not even know she needed.

Caspien was different, his search was specific and he knew exactly what he was looking for. He was looking for his mate, to be shared with his other dragonkin partner. He sat perched on a hillside because an old woman had promised him that his long wait was over. When he hears a scream, he knows that the woman who needs saving, is the one he has spent a decade waiting for.

Shae feels an instant connection to her savior and things get hot between the two of them almost immediately. It is only when Cass starts talking of a third and dragons that she realizes that she is way in over her head. Will Shae be able to handle the new twist life has given her or will she yearn for the driven life that she was used to? Can she really let go?


Victoria Manning simply didn’t need men. She liked them as friends or family members; but, in the house, getting in the way, tracking mud on the good carpet. No. Emphatically not. She read an offer in the newspaper offering a position as a wife with exactly the description of marriage she wanted.

Nathan Burdette didn’t want a wife. The Millionaire ran his life as he wished. He didn’t have time or desire to give a woman the kind of attention she wanted. However, he didn’t have a choice. Not if he wanted the gold mine his father left him. The will said he must marry and produce an heir within a year. It couldn’t be broken.

After a stop at the Justice of the Peace, they stood in their hotel room, looking at the bed in front of them, frozen with fear.


What do you do when you meet the boy of your parent’s worst nightmare, and he’s charming with abs you want to lick chocolate syrup off of and blue eyes so deep you can swim through? If you’re me, you fall in love. Jackson Harris is the king of his fraternity, with a pedigree of women laying in his wake anywhere he goes. Deep down I know he has a heart of gold and one day I’ll find it.


There is just one catch; he is a total prick with the tribal tattoo to prove it. On our first date, he took me to vandalize his parent’s home. When he comes calling I leave all my good sense and jump at the chance to be with him. I know that he treats me terribly; I wouldn’t recommend him to hold a paper towel because he’d find away to break its nonexistent heart. There is just something in the way he’s amused by everything I say or do. I wish I could leave him. In fact, I know I need to but now I’m stranded because I’m carrying his unborn child.
more
Amazon Other stores
Bookmark  Rate:

'Her Wicked Touch' is tagged as:

Similar books to 'Her Wicked Touch'

Buy 'Her Wicked Touch' from the following stores: