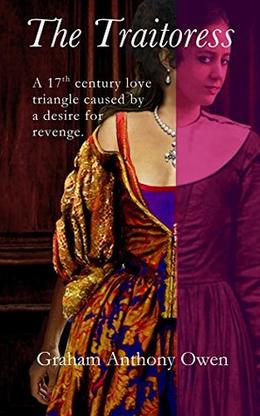 A 17th century love triangle caused by a desire for revenge.

Set during the English Civil War Rachel Hanover develops an unhealthy determination to seek revenge for the Royalist execution of her father against a background of two families destroyed by war. The Richmonds who support Parliament and the Suttons who support the Royalists with the marriage between their two eldest children being cancelled..

Sarah Richmond moves to London leaving her half-sister Susanna at their country home where she continues with her marriage-destroying affair with her lover.

In Oxford James Sutton falls in love with Rachel but she only wants him for his royalist connections which will suit her desire for revenge. She and her accomplice set out on a road of conspiracy and murder to help Parliament's cause including the murder of James’ father without knowing his identity.

Sarah embarks on a failed attempt to go to Oxford and confront James over his affair with Rachel and it is now that Sarah learns of the death of her own father.

Rachel has Sarah's father's will altered which will keep Sarah in London in a loveless marriage and so leave Rachel free to pursue James in Oxford despite warnings from Sarah to James that Rachel is involved in passing secrets to Parliament.

Sarah receives a gift from Rachel's sister of a knife which was given to her by Rachel and it's not long before Sarah recognises it as once belonging to James' father. Sarah returns to Oxfordshire with her evidence.

Rachel has to face the evidence against her for the murder of James' father which results in her arrest and trial for ‘High Treason’.

Just before Rachel is executed there is a revelation which changes Sarah’s attitude to Rachel and destroys her enemy's reasons for years of vengeful acts against the King and his supporters.
more
Amazon Other stores
Bookmark  Rate:

'The Traitoress' is tagged as:

Similar books to 'The Traitoress'

Buy 'The Traitoress' from the following stores: