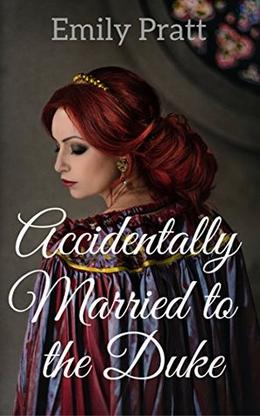 Clara Ollerton’s mother has news for her...she is to marry a Royal Duke. Will she fall in love, or will jealousy take over and ruin her chances of becoming a Duchess?

Clara Ollerton was never interested in marrying - especially not if it involved marrying for money. When her mother arranges a marriage with Duke Oscar Harding of Somerset, of course Clara has something to say about it. When she meets him, however, she discovers perhaps the arranged marriage won’t be so terrible after all. He’s handsome, kind and treats her well. What’s not to love?
Later, it seems that the Duke is not so keen on jumping into marriage. He wants to take things slowly - something Clara has no issue with. What she does have an issue with is the fact the Duke’s sights seem to be set on her younger sister, Jessie Ollerton. Clara’s hopes are crushed. Is it just a misunderstanding, or is the arranged marriage doomed to fail before it has even begun?
more
Amazon Other stores
Bookmark  Rate: