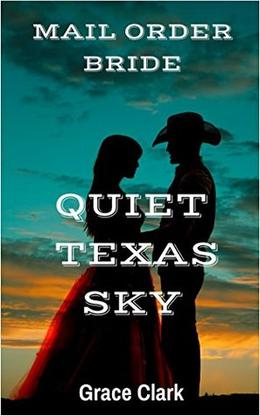 Gideon Mathieson finally gets the wife he’s always wanted. But does his small town accept his new half-blood wife?

Cowboy Gideon Mathieson is tired of the lonely bachelor life. The town agrees that a mail-order bride is the answer. But when the bride who shows up is half-Indian, half-white, the town rejects her; the minister doesn’t even want to marry them. But Gideon is set on marriage and he takes Catherine Smith home. At first, everything is perfect: she’s the ideal wife. Marriage is everything he dreamed of: a pretty woman who cooks his meals, sews his clothes, and keeps his home clean; then, when the day is done, nights of breathtaking passion. He realizes that Catherine believes that being the perfect wife means hiding her Indian heritage from him, out of her fear that he’ll reject her the way the town did. He tries to convince her that he’s in love with the woman he married and he’s eager to know her. Finally, he’s able to force her, through a mixture of seduction and determination, to accept the fact that he loves her as she is. But she’s resistant when he wants to go into town again. Can he prove to her that he loves her enough to fight for her if he has to?

AUTHOR’S NOTE: These are stand-alone stories with an HEA, so no cliff-hangers! Stories contain mature themes and language, and is intended for 18+ readers only.
more
Amazon Other stores
Bookmark  Rate:

'Quiet Texas Sky' is tagged as: