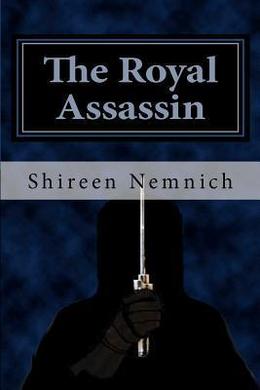 Reis, the Royal Assassin to the Royal House of Darkness and Shadow had waited for Essence, the Heir of the Chalice to grow up and become his wife only for her to be taken away by Phantom another Heir of the Chalice to be his consort.
Reis petitioned the Royal House but the Royal Advocate stood on the side of Phantom and Reis lost her. He was given compensation however in the form of being allowed to train one of their children to be an assassin for the Royal House and or a consort if he so chooses.
Reis has no idea when he grudgingly visits Phantom and Essence to give his congratulations and inspect their children he would be blessed with a vision of the goddess Mysteria. He is shocked yet relieved when Mysteria whispers for him to claim their daughter Shadowen to train and be his consort.
Reis now must wait for her to grow up and come into her magic so his claim will be sanctioned in the Royal House. But he has no idea how furious Phantom is or the lengths he will go through to keep Reis from his new consort. Once Reis fully comprehends the obsession Phantom has for his daughter, the true Heir of the Chalice, he vows not only to train her but also to protect and cherish her for eternity as his consort.
more
Amazon Other stores
Bookmark  Rate:

'The Royal Assassin' is tagged as:

Similar books to 'The Royal Assassin'

Buy 'The Royal Assassin' from the following stores: