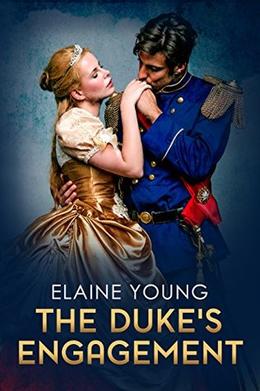 Warning!: This book contains FREE BONUS BOOKS as a thank you for ordering. It also contains steamy romance scenes sure to entice you!

Abby was desperate, and desperation led to something she never thought she would do. Becoming a mail order bride.

She wasn’t sure if it was going to save her family, what kind man would pay for her- but when she realizes she can’t believe it. A Duke wants her. But why would a Duke want her? Women from all over, and from better homes than Abby, should be flocking towards him.

Thomas has a secret that very few know about him, and because of that he needs a mail order bride. So he enlists the help of his best friend. But when Owen sees the woman that Thomas will take as a wife, he can’t help the way he feels towards her.

When Abby allows herself to be escorted by Owen she knows it’s not a good idea, and when he tells her he wants her, she wants to give herself to him. But what of her husband-to-be?

'The Duke's Engagement' is tagged as:

Similar books to 'The Duke's Engagement'

Buy 'The Duke's Engagement' from the following stores: