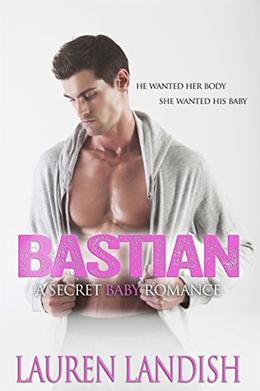 He wanted my body. I wanted his baby.

When my father died after a horrific car crash, my mother remarried a filthy rich billionaire by the name of Donald Witherspoon.

Little did I know that this union would come along with a hot-as-hell stepbrother that would become the bane of my existence. He constantly walks around the Witherspoon estate with no shirt on, showing off his washboard abs and well-defined muscles. It’s all a game to torment me, you see.

He knows that I want him. After all, why else would he bring girls home night after night so that I can hear them scream his name?

**Bastian is a novella with an HEA. You also get a preview of my upcoming novel, Relentless, that releases on April 19th. Bastian ends at ~55%.
more
Amazon Other stores
Bookmark  Rate:

'Bastian' is tagged as:

Buy 'Bastian' from the following stores: