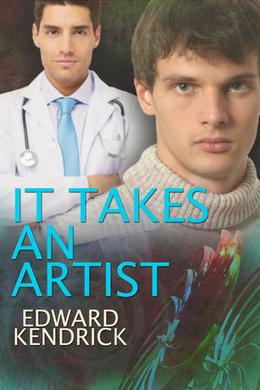 What do you do when someone attempts to frame you for the murder of your roommate? That's the problem facing kinetic artist Trev Eldridge. Although Detective Quint Hawk determines Trev is innocent, it does nothing to assuage Trev's fears.


While Quint sets out to discover who's responsible for the murder, Trev is befriended by Dr Zack Kendall. As Zack helps Trev deal with what happened, the two men begin to bond. At the same time, artist Clay Richardson takes Trev under his wing, after learning Trev is a talented artist.


Evidence leads Quint to a theory about the murder and who is involved. With the help of Trev, Zack, Clay, and Officer Lou Hernandez, they come up with a plan to catch the villains.


With all that is happening, can the growing attraction between Trev and Zack survive before the criminals take them out of the picture...permanently?
more
Amazon Other stores
Bookmark  Rate:

Similar books to 'It Takes an Artist...'

Buy 'It Takes an Artist...' from the following stores: