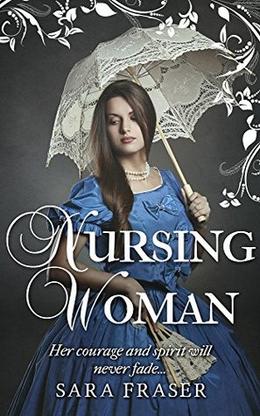 Freed from the Poorhouse at last, Tildy must earn a living as best she can. Her experience of caring for the sick will now, she hopes, stand her in good stead.

As her story continues amid poverty and violence in the Midlands, she learns that cruelty can exist among the rich too.

Her dream of becoming a successful nursing woman is far more complicated than she had imagined.

What could an abandoned and penniless young mother possibly know?

Tildy is at the bottom of the social hierarchy and there are plenty of people who refuse to let her forget it.

The job she lands as nurse to the invalid Mrs Dugdale means Tildy is reluctantly forced to leave her beloved son in the dubious care of a baby-farm.

Hoping that her luck will soon change, Tildy sets out for Bordesley Hall.

When she arrives she is shocked to see that Mrs Dugdale is deeply traumatised, she is a strange, veiled woman who struggles to communicate.

When she suspects her master, Henry Dugdale, of ill-treating her helpless patient, Tildy needs all her considerable courage to defy him, his sinister cronies and the dark doings she secretly witnesses.

Further horrors await her and the ill-fated Mrs Dugdale, a victim of circumstance who has already suffered enough, when they are placed under the care of Doctor Brown.

Can Tildy save Mrs Dugdale from the implications of Doctor Brown’s diagnosis?
And how deeply is Tildy’s admirer, Harry, involved in the ghoulish undertakings that have been occurring?

Love, lies and conflicting loyalties soon mean that Tildy is out of her depth.

Tildy – Nursing Woman is a vivid portrayal of madness, oppression and one woman’s courage in the early nineteenth-century.

Sara Fraser is the pen-name of marine commando and foreign legionnaire Roy Clews. Fraser is the author of The Surgeon’s Apprentice, Til Death Do us Part and The Healing Nightfall , among many others. Fraser has written a number of mysteries as well as a number of novels influenced by a life of travel and work all over the world.

Endeavour Press is the UK's leading independent digital publisher. For more information on our titles please sign up to our newsletter at www.endeavourpress.com. Each week you will receive updates on free and discounted ebooks. Follow us on Twitter: @EndeavourPress and on Facebook via http://on.fb.me/1HweQV7. We are always interested in hearing from our readers. Endeavour Press believes that the future is now.
more
Amazon Other stores
Bookmark  Rate:

'Tildy: Nursing Woman' is tagged as: