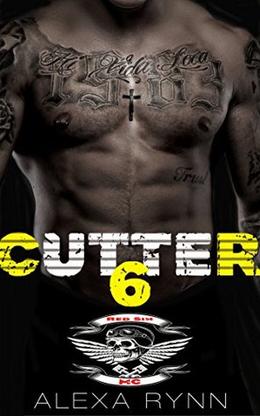 I knew I had to own her the second I saw her.

The need to make her mine was beyond even my control.

I’d never understood it before… my brothers' need to declare their property.

But Grace, Grace had a body and soul I wanted to mark as mine forever.

The thought of another man having her was enough to push me over the edge.

No one was ever going to taste her besides me…

And if anyone tried to get in the way of that…

They weren’t going to make it out alive.

Cause she was mine... My sweet Grace.

I'd never had attention from someone like him in my life.

He was so bad, so dangerous.

Just being in the same room as him was a thrill…

And out of all the girls chasing after him, he wanted me to be his.

But attention from a man like Cutter came with a price.

I’d follow him to the edge of the world…

But could a man as damaged as Cutter really want me forever?

I’d do whatever he said… as long as I’d always be his.
more
Amazon Other stores
Bookmark  Rate:

All books by Alexa Rynn  ❯