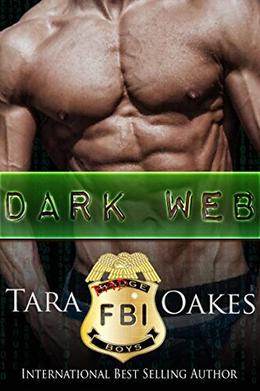 ** WARNING ** This ebook is intended for mature audiences only due to sexual and mature content.

As one of the FBI's most talented computer hackers, Beau Prewitt has been stuck behind a desk at the bureau for far too long. When the most challenging and intriguing case crosses his desk, he finally has an excuse to get back out in the field.
He's been tracking down a rogue hacker by the name of Raven for months now, trying to get to her before she's caught by the others that are on her tail.
With plenty of confidential state secrets to sell to the highest bidder, she's been on the run since she can remember and is on borrowed time.
Can this mysterious woman who's second most lethal weapon is her beauty trust Beau enough to bring her to safety? In a world full of digital enemies, who can be trusted? She's learned the hard way, been burned before.
Could Raven finally have met her match? Has she finally found someone who can rival her skill, her passion for life and her instinct for survival?

Find out in DARK WEB, book two in the BADGE BOYS series. This book is a stand alone novel and can be read independently of the first book in the series.
more
Amazon Other stores
Bookmark  Rate:

'DARK WEB' is tagged as:

All books by Tara Oakes  ❯