Lady of the Garter (The Plantagenets #4) 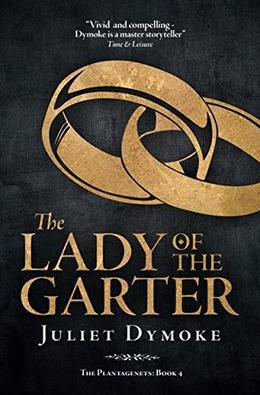 Young, rich and arrestingly beautiful, it is Joan of Kent's destiny to shape the future of the Plantagenet crown.

Wilful and stubborn, while still a just girl Joan defies the wishes of her father and her king, Edward III, that she marry the influential William de Montacute, and instead weds in secret to another man.

But when her new husband leaves on a crusade, Joan once again comes under pressure to form a union with de Montacute and is forced to choose between passion and duty.

Lady of the Garter is the compelling tale of one of the most extraordinary women of the Plantagenet era: a women whose passionate love story was lived against such events as the victories of Crecy and Poitier; who went on to marry the Black Prince and give birth to the future Richard II.

The third in Dymoke's powerful Plantagenet series, this is a remarkable story of love, loyalty, ambition and court politics during one of the most intriguing periods of English history.

'Lady of the Garter' is tagged as:

The 'The Plantagenets' series

Similar books to 'Lady of the Garter'

Buy 'Lady of the Garter' from the following stores: