A Forever Type of Love 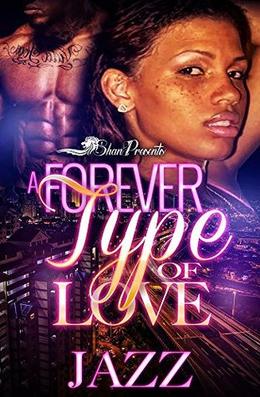 Envy continued to beat the odds stacked against her. Never having anyone but herself to depend on since the age of twelve couldn't even stop her. Cut from a different cloth, she has always been independent never focusing on a man, but instead her money. Growing up
with a drug addicted mother and absent father couldn’t even stop her from being the boss that she is.
After four years in the dope game, she thought she finally had everything figured out. But Violence came along and rewrote the pages of the future for her.
Being the man Violence is didn’t come easy as some may have wanted to believe. Even though with his father being the plug, he still wasn’t afforded any handouts. All he had he worked for and his family wouldn’t have it any other way. But what came along with all he had would ultimately cause him to lose what mattered most to betrayal and greed. Betrayal is something that is frequent in both of their lives.
The love they have is A Forever Type of Love, but when it's all said and done, will the love that Cassidy possess for Violence outweigh the betrayal? At his lowest who will be there to hold him down? Together could they take the drug trade and maybe even the world over?
more
Amazon Other stores
Bookmark  Rate:

Similar books to 'A Forever Type of Love'

More books like 'A Forever Type of Love'   ❯

Buy 'A Forever Type of Love' from the following stores: