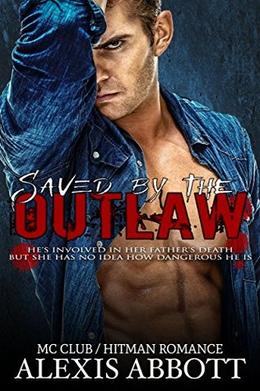 She was the girl that got away. Now she thinks I murdered her dad.
It took me years to get untangled from the Bratva -- the Russian mafia. But I've gotten my life together, with my Club behind me. Sure, we still operate outside of the law. It has to be like that, because we're up against something far worse.

Then she shows up, asking about her dad's murder. She's a fiery mystery from my past, and this time, I'm not going to let her get away.

But first, I have to prove to her that we're lookin' for the same person. That whoever killed her dad has been hurting my club and the people I care about most. So I'm going to find the scumbag who hurt my Cherry, and my club, and I'm going to make them pay.

Even if I have to turn back to my former hitman ways...

A full length Romantic Suspense novel. No Cliffhangers/Standalone. Safe. On sale & contains a teaser for my next release, as well as two bonus books! (Ruthless & Owned by the Hitman are included in this release for a limited time).
more
Amazon Other stores
Bookmark  Rate:

'Saved by the Outlaw: Motorcycle Club / Hitman Romance' is tagged as:

Buy 'Saved by the Outlaw: Motorcycle Club / Hitman Romance' from the following stores: