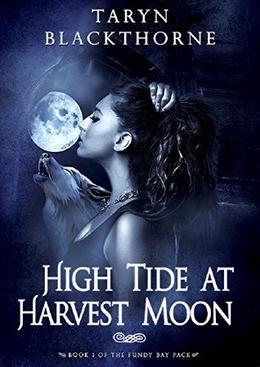 The Fundy waves are rushing in,
and Lexi’s time is running out…

Very human Lexi Coolen has always been self-reliant and resilient; two traits that helped her survive her adolescence and ultimately escape her mother’s Wolf Pack. For years she’s been avoiding any trace of the supernatural world, looking for a nice, normal place to call home. A charming university town, Wolfville, Nova Scotia might just be the spot.

But when her roommate’s date turns out to be a member of the local Pack, Lexi finds out she’s inadvertently broken Pack law and the price could be her life. She’s got to prove she’s not a threat to the womanizing, annoyingly handsome, Beta leader, Kerr MacDonald.

To make matters worse, Lexi discovers the local Alpha thinks she’s something called a Queller, an unimaginable paranormal treasure. And Kerr is being cagey, in more ways than one. Unable to run, incapable of fighting back, Lexi’s got to figure out a way to keep herself alive against a rising tide of magic, monsters and mayhem.
more
Amazon Other stores
Bookmark  Rate:

All books by Taryn Blackthorne  ❯