Infatuated With A Boss 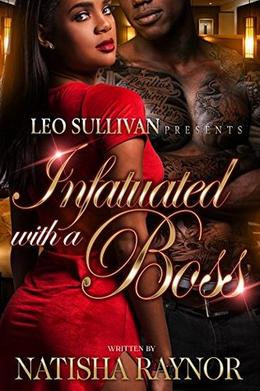 Growing up dirt poor on the streets of Haiti, where he was lucky to even see three meals a day, had turned Nick into a savage. As a teenager, he moved to Miami with his mother and turned to petty crime. After meeting his mentor, Jules, in prison, they head to North Carolina to take over blocks. When Jules decides to leave the game, Nick quickly inherits all of the drama and chaos that comes with being a boss.
Shaka is one of the most thorough females in Miami. Recruited to North Carolina to help mutual friends in their time of need, she soon falls for Nick. She quickly takes on the role as Nick's ride or die. Shaka invites her brothers, Crucial, and Malone to North Carolina to get money as well. The unexpected begins to occur as Crucial falls in love with the beautiful Kennedy, and Malone falls in love with an addiction that could cost him everything.
When Nick has to do a short bid for a probation violation, he entrusts his business to Shaka. It doesn't take her long to find drama, and it may prove to be more than she can handle. In the midst of their trials, it becomes obvious that everyone isn't meant to live the life of a boss.
more
Amazon Other stores
Bookmark  Rate:

Similar books to 'Infatuated With A Boss'

Buy 'Infatuated With A Boss' from the following stores: