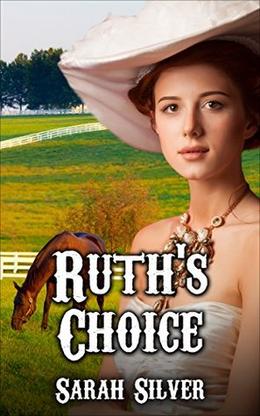 INCLUDES 17 EXTRA STEAMY ROMANCE STORIES!!
Ruth is a widow who was left with nothing but debt and a broken heart. When Ruth’s brother urges her to marry a wealthy rancher in Texas, with whom she has never met, she thinks he has lost his mind. It has only been a year since she lost her husband and she is just trying to focus on carrying for her young son. Still, her brother is right about it giving her son a better life and ending all the problems they are facing on her farm.
After agreeing to marry the rancher, Ruth and her son are sent to Texas to start a new life with the stranger. Tom is handsome and kind, all seems perfect, until her brother shows up and tells of the horrible secrets the rancher has hidden, and her brother comes up with a plan to save Ruth from a life of deep pain and regret...
Ruth should be scared of Tom. He is a dangerous man. Yet, the more she is around him, the less she can resist him.
Will she be strong enough to follow through with her brother’s plot, or will she follow her heart and risk it all with Tom?
more
Amazon Other stores
Bookmark  Rate: