Slammed by the Billionaire 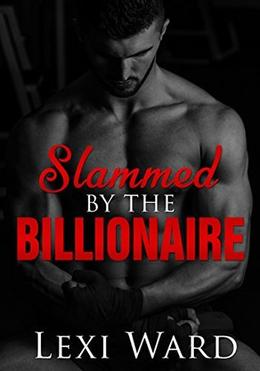 Caleb never loses. He is a born winner and a budding billionaire MMA star, but when he meets Simone he's forced to lose for the first time in his life. Simone pushes him to his limits inside and outside of the cage and forces Caleb to become the champion he was born to be....both in and out of the bedroom.

Simone Denton is a woman that has the weight of the world on her shoulders. Her yoga class has not been received like she had wanted. She was barely treading water and then came an old friend that had a proposal. At first, she’s reluctant to work with Caleb. She did promise her mentor and friend that she would stop by and take a look at the cock sure MMA fighter. She does see promise, but he’s not exactly open to the idea of a woman training him. He’s egotistical and thinks that a woman is there to please him and not the other way around. She wants to put him in his place. What she finds instead is a young man that is insecure underneath it all and is very worried that he won’t measure up in the ring against some seasoned professionals. She decides to work with him primarily for the money, but then things escalate into heated arguments that translate in between the sheets.

AUTHOR’S NOTE: This is an 8,000 word stand-alone story with an HEA, no cliff-hangers! Story contains mature themes and language, and is intended for 18+ readers only.
more
Amazon Other stores
Bookmark  Rate:

'Slammed by the Billionaire' is tagged as:

Similar books to 'Slammed by the Billionaire'

Buy 'Slammed by the Billionaire' from the following stores: