Ruthless Hold (Back Down Devil MC #9) 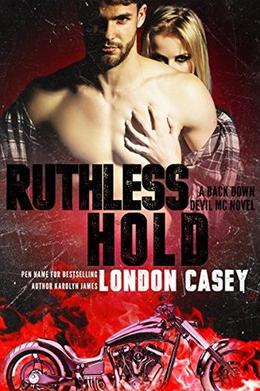 She’s the daughter of the biker who taught him how to be a true outlaw… he’s supposed to keep her safe – not get her pregnant.


When Trev took the vacant seat at the Back Down Devil MC table, he did it out of honor for a fallen brother. He then learns the man who brought him into the outlaw world had a secret affair and had a daughter a long time ago.

Worse yet… she’s beautiful. And Trev is put in charge of protecting her.

Eden is in serious danger. She knows little of her life other than she was given up for adoption. A mysterious letter brings her to a motorcycle club where she learns about her parents and ends up in the arms of a sexy and strong biker.

The truth about Emma ignites a war within the MC. Two charters are poised to face off in an explosive war and it’s not just the fate of Back Down Devil MC at stake. It’s Trev’s life, Eden’s life, and the life they created all hanging in balance…

'Ruthless Hold' is tagged as:

The 'Back Down Devil MC' series