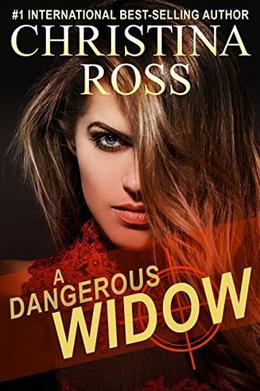 Five years after her beloved husband's death, Kate Stone suddenly learns that it was no accident. Instead, due to a chance encounter with a psychic, she discovers that it was a full-on, calculated, cold-blooded murder.

Initially, Kate rejects the idea. How could Michael possibly have been murdered? All of the evidence surrounding his death suggests that it was an accident.

Enter Ben Cade, the first love of Kate's life--a man she hasn't seen in sixteen years. Now a former SEAL turned private investigator, Ben agrees to help Kate learn the truth. Soon, the love they once shared for each other begins a slow simmer—just as chaos ignites around them as twists, turns, death threats and deceptions abound.

"A Dangerous Widow" is a thrilling, harrowing story of romantic suspense from #1 internationally best-selling author Christina Ross, whose books have sold more than a million copies worldwide. This is Christina Ross at her best!
more
Amazon Other stores
Bookmark  Rate:

Buy 'A Dangerous Widow (A Dangerous Series)' from the following stores: