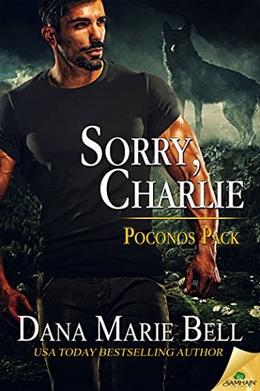 For her, there’s only one fish in the sea.

Charlie Lowe is going crazy. Why does her mate run from her? Is it her hair? The fact that she’s a Lion to his Wolf? Or are her family connections driving him away? If she didn’t know better, she’d think he was allergic to cats.

Ted Pedrozo loves his fiery Lioness with his whole being. But mating the sister of the Leo? That’s a big hairy deal. What if the Leo—or worse, Charlie—finds out he’s just a dork in wolf’s clothing? Ted never shies away from the tough jobs, but this time he steers clear… until she pounces on him like a catnip toy.

A little flirting, a lot of innuendo, and one dire threat of blackmail later, Charlie has her mate. And, wonder of wonders, he and the laid-back Sebastian Lowe hit it off.

The Leo’s chief bodyguard, on the other hand, won’t be convinced Ted is worthy until he’s passed a few tests. Or made Charlie sorry she chose him.

'Sorry, Charlie' is tagged as: