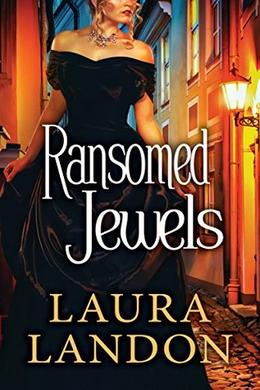 With her husband’s dying words, “My marchioness has it,” the Marchioness of Huntingdon is thrown into a nightmare of intrigue and danger. But even those who are holding her brother ransom can’t force her to do the impossible—hand over a necklace she doesn’t have.

Major Samuel Bennett believes the newly widowed Lady Claire Huntingdon is a traitor. He intends to get the necklace he’s convinced she has, before sending her to the gallows. But when he meets the captivating widow, he discovers that nothing is as it seems.

Claire knows she can’t trust anyone, but she isn’t given a choice when Major Bennett arrives, demanding she give him the necklace. And it isn’t until she’s forced to put her life in his hands that she realizes it isn’t only her life she’s in danger of losing—but her heart as well.

'Ransomed Jewels' is tagged as:

All books by Laura Landon  ❯