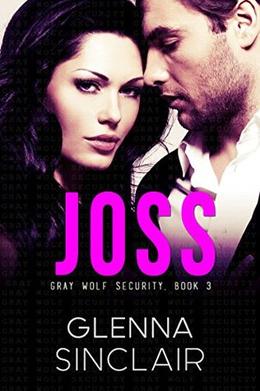 How the hell am I supposed to trust the life of my child to a woman who won’t talk? I’m paying thousands of dollars to Gray Wolf Security to protect my child from potential kidnappers, and they give me this emotionally broken woman who won’t speak.

Not only that, but she’s so tiny she couldn’t hurt a fly. Well, okay, so she knocked me to the ground. But I’m not a drug lord with a loaded pistol pointed at an innocent child.

Just because she’s beautiful and she has these curves that I can’t seem to get out of my mind doesn’t mean that I’m okay with this situation.

I haven’t spoken in almost four years. Not since my husband and eighteen-month old baby were killed in a tragic car accident. Because of this, I have only one rule about the cases that I’m assigned at Gray Wolf Security…no cases involving children.

Yet, when Ash asked me to protect an eight-year old girl—and by default her father—I can’t tell him no.

Note: JOSS is the third book in the Gray Wolf Security series. You can read it on it's own, but it is highly recommended that you read DONOVAN and DAVID too :)
more
Amazon Other stores
Bookmark  Rate:

'Joss' is tagged as:

Buy 'Joss' from the following stores: