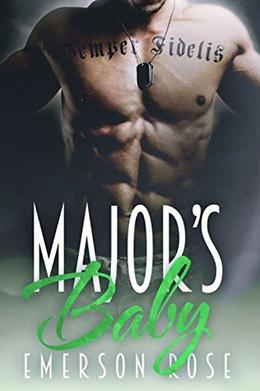 Stunning, bossy, and damaged, Major’s rules are designed to protect his own heart just as much as the hearts of those who dare to show him interest. His past is a book he’d rather not re-open, and his future is something he’d rather not think about.

Wielding equal parts beauty, brains, and sass, Violet’s been hurt before and prefers one night stands over boyfriends. Her heart is safer that way. Nobody gets hurt. Everyone goes home happy.

But the second they collided rules were obliterated. Boundaries were pushed. Hearts were challenged. And expectations were questioned.

It was just one weekend; one breathless, s*x-infused weekend neither of them could forget no matter how hard they tried. But just when they both thought the past was behind them, Violet finds herself preparing to tell Major Steele that their little weekend together . . .

AUTHOR'S NOTE: This is a full-length, stand alone romance with a happily ever after and no cliffhanger. You do not need to read King's Baby or Playboy's Baby first as all may be enjoyed separately.
more
Amazon Other stores
Bookmark  Rate:

'Major's Baby' is tagged as: