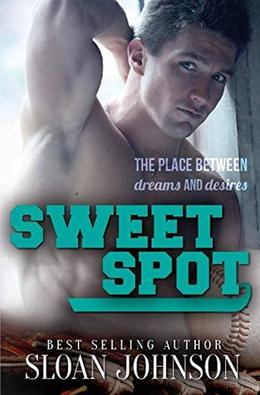 Four years ago, it took no time at all for Cody Marshall to fall for the rookie pitcher at spring training. While their lives were nothing alike, Cody understood Nick Stone’s insecurities and pain. And then… Nick left. Eventually, Cody found his own passion and landed a dream internship with the Mavericks. His life was finally turning around. And then… Nick came back.

Just like the first time they met, Cody finds himself falling for Nick. Unfortunately, Nick is still plagued by the belief that he is where he is because of his father. If they’re ever going to make it, Cody has to have to prove to Nick that his success has little to do with his name and everything to do with his drive to succeed.

Two men, both close to having everything they’ve wanted. Will they be able to find the sweet spot between dreams and desire?
more
Amazon Other stores
Bookmark  Rate:

'Sweet Spot' is tagged as:

All books by Sloan Johnson  ❯