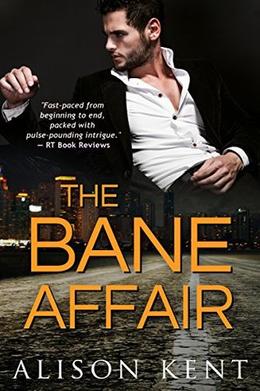 Meet the members of the Smithson Group – highly-trained alpha males whose best work is done undercover. Unimaginably skilled, they’re the spies you want on your side…of the bed.

Christian Bane is a man of few words who battles demons rooted in a woman’s betrayal, and being left to die in a Thai prison. All these years later, he still isn’t free of the past.

Now Spectra IT, the crime syndicate responsible for his imprisonment, has recruited a computer scientist facing his own death sentence to hack critical government encryption technology. Christian, a member of the elite Smithson Group, SG-5, has been tasked with stopping him.

Posing as a womanizing Spectra boss, Christian gets up close and personal with the scientist’s goddaughter, Natasha Gaudet, who handles his business affairs, and is the most obvious way in.

But the closer Christian gets to Natasha, the harder it is to deceive her. The fact that she knows nothing about her godfather’s dealings has Christian wondering who fed him the faulty intel.

Because if she isn’t the criminal he’s been led to believe, they’re both being taken for a very dangerous ride. And if he doesn’t face his demons and trust her, neither one of them will survive.
more
Amazon Other stores
Bookmark  Rate:

'The Bane Affair: Smithson Group #1' is tagged as:

Buy 'The Bane Affair: Smithson Group #1' from the following stores: