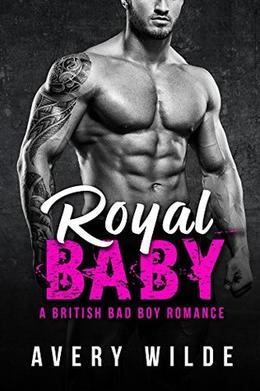 They told me to stay away from her...now she’s having my baby.

Keira’s a perfect ten...and now she has ten little fingers and ten little toes growing inside her.

If you follow the British royal family, you’ll know who I am—Prince Andrew Arlington, heir apparent to the throne. I’ve got a bit of a reputation, but the public loves me anyway, and women literally mob me in the streets for a chance to drop their panties for me.

I can’t exactly complain about that…

But now I've met Keira Valencia. She’s not like the rest. She’s beautiful, smart and ambitious, with curves for days and a sexy American accent that makes me weak at the knees. She’s also a brand new maid at the Palace, which makes her totally off-limits. My family would never approve of me going near her, but she’s too much of a temptation to resist.

It’ll just have to be our little secret.

One night, one prince, one unexpected pregnancy…now I’m royally screwed.

Royal prince? Check….wait a minute. He didn’t tell me that part!

So now I know the truth. Drew Ellis is really Andrew Arlington, Prince of Wales and heir to the British throne. He’s also an arrogant sleaze and a total player.

I should’ve known better. I should’ve stayed away. But I didn’t, and now I’m having his baby…

'Royal Baby' is tagged as: