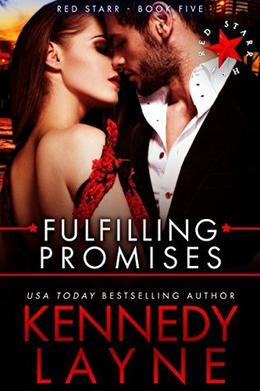 John “Trigger” Dixon returned to his small hometown in rural Mississippi as a favor to an old high school friend. It was meant to be a quick trip, with a short visit to his parents and an afternoon spent spoiling his two nephews. He should have known his vacation wouldn’t go as planned. The rebel in him always got in the way.

Devyn Wilde had lived up to her surname according to her friends—at least by reputation. She’d never let it bother her before, but she’d finally had enough after she was arrested for her brother’s murder. How could anyone believe that she would forsake her family? In the south, family comes before anyone or anything.

Trigger had last seen Devyn right before he’d joined the Red Starr Hostage Rescue Team, both of them agreeing to end their casual relationship. After all, it had been a temporary diversion—friends with benefits. He hadn’t expected to find her out on bail, secretly investigating her brother’s mysterious murder. Their sweet passion returns full force, but keeping an old promise might just cost him his life.

Series Description: Red Starr HRT is a paramilitary hostage rescue team that was originally formed years ago by two retired Marine Master Sergeants. Upon the death of Catori Starr's husband, Brendan "Red" O'Neill, she took a much needed hiatus to deal with her guilt and all consuming grief. Two years later Starr is clawing her way back and ready to lead a fresh team of five cherry-picked former Force Recon Marines. Red Starr HRT takes cases the FBI and other agencies won't touch, from domestic assignments bordering on the grey edges to missions abroad against savage terrorist regimes. Follow along as Kennedy Layne conveys each of their stories as they work together on high risk rescues that lead them down perilous paths of passion, intrigue and suspense...
more
Amazon Other stores
Bookmark Rate Book