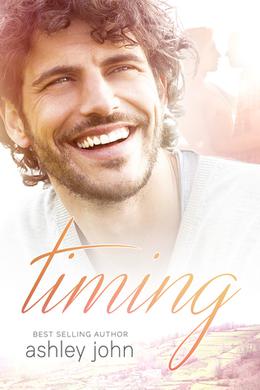 When it comes to love, is timing everything?

Tom doesn’t have time for a relationship – not now that his fingers are practically touching the promotion he’s spent years chasing. His weekdays are consumed by desperately fighting for his editor’s attention and his weekends are wasted alone with meals for one and his cat for company.

All Cole has ever wanted is to work on the farm he was raised on, but money is tighter than ever and he is forced to get a job in a bar to keep a roof over him and his auntie’s heads. Time is running out for the farm but he spends his days dreaming about a future he thinks he’ll never have.

After an unexpected collision at the village train station, their lives suddenly become connected when Cole clumsily spills his coffee on Tom and it sets into motion something greater. Tom is wary of listening to his heart and Cole is distracted by the threat of losing everything. Each possesses something the other desperately needs, but can they ignore bad timing to listen to their hearts?
more
Amazon Other stores
Bookmark  Rate:

'Timing' is tagged as:

Buy 'Timing' from the following stores: