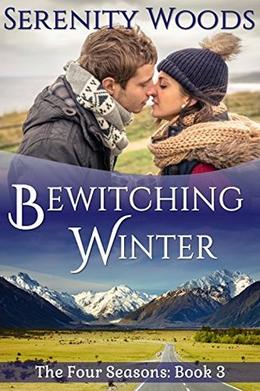 A second chance to win her heart…

Six years ago, Neve Clark thought she’d found in Rhett Taylor the perfect doubles partner both on and off the badminton court, but their volatile relationship ended with a betrayal she couldn’t forgive. Since then, she’s dated plenty of guys in an attempt to recreate the passion she once felt with the man who broke her heart, but to no avail.

Anxious to put aside her growing despair that she’ll never find someone to replace him, she books herself on a business course in wintry Queenstown, New Zealand, with the aim of concentrating on her career as Marketing Manager for the Four Seasons lingerie company. It’s only when she turns up that she discovers the keynote speaker is her old flame.

After leaving New Zealand to pursue a career as a badminton player at international level, a series of unpredictable events leads Rhett back to the country and to the woman who haunts his dreams. A sizzling chemistry still exists between them, but even though he wants her back, Neve wants nothing to do with him.

Rhett’s not used to losing. Not everyone gets a second chance at both life and love, and this time he’s determined to win her heart…

'Bewitching Winter' is tagged as:

The 'The Four Seasons' series

All books by Serenity Woods  ❯