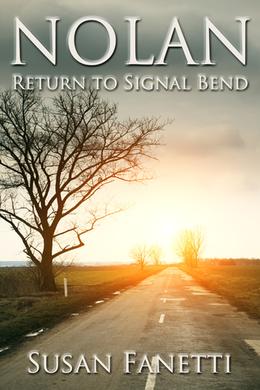 Nolan Mariano is a man shaped by loss. All his life, people he’s loved deeply have left him in one way or another. In Signal Bend, Missouri, as a son and then a member of the Night Horde MC, he’s found a home and a family. His mother and his younger brother are protected and loved, too.

But Nolan can’t trust it. The past haunts him; injustices left unanswered loom over his present and threaten his future. One injustice in particular.

Iris Ryan is a Night Horde daughter who knows loss of her own. Taken away from her home as a child after unspeakable horror tore her family apart, she returns to Signal Bend, and her father, when she’s grown because she’s never felt at home anywhere else. As Iris settles into a new life of her choosing in the home she’s regained, she and Nolan connect.

As his love for Iris deepens, Nolan can’t ignore the way that loss has warped him. The past is a shadow over him, and he can no longer live under its weight.

He needs vengeance. At any cost.

Note: explicit sex and violence. This is a semi-standalone novel in that it is not part of any series, but its backstory encompasses both The Signal Bend and The Night Horde SoCal series.
more
Amazon Other stores
Bookmark  Rate:

'Nolan: Return to Signal Bend' is tagged as:

Buy 'Nolan: Return to Signal Bend' from the following stores: