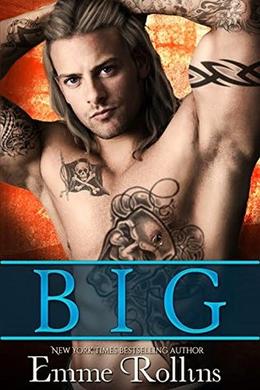 He’s big. He’s bad. And he only wants one thing.

But after a secret journey of transformation, he’s back—ready to take over leadership from his father at Ryker Arms—with an impressive new physique and a plan to prove them all wrong.

The one woman who hurt him the most.

The girl he could never have.

The girl who wouldn’t look twice at him anyway—especially in front of her stuck-up friends.

Now he’s going to make her want him.

Show her just what she was missing.

He’s got the weapon and he’s taken aim—but he didn’t count on his own heart getting caught in the crossfire.

This is a stand-alone novel with no cliffhanger ending.
more
Amazon Other stores
Bookmark  Rate:

'BIG: (A Bad Boy Stepbrother Romance)' is tagged as: