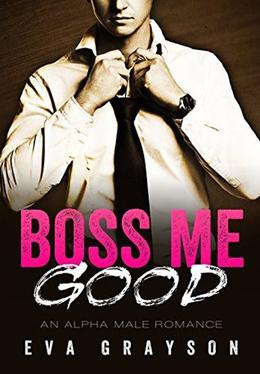 What if someone knew your deepest, darkest fantasies?

You’ve done it, too.

Written down your dirtiest, most private thoughts and fantasies.

Told the whole truth about someone you wanted more than anything in the world, and even planned out how it might be if they wanted you back.

The only difference is, my secret crush is my boss. My dark, smoldering, dominating, totally off-limits boss. And now he’s found my diary. The secret book where I’ve written every nasty, sordid thought I’ve ever had about him

But instead of firing me, he’s doing something worse.

He’s making me act them out.

Every last indecent, naughty sexual fantasy I’ve ever had. And it turns out that being bad never felt so good.

'Boss Me Good' is tagged as:

The 'Boss Me' series

Similar books to 'Boss Me Good'

All books by Eva Grayson  ❯

Buy 'Boss Me Good' from the following stores: