Atlas (Sons of the Billionaire Titan #1) 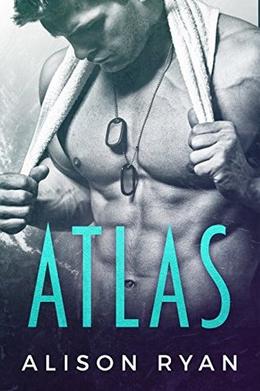 Alison Ryan brings you ATLAS, a full-length billionaire romance and the first novel in the Billionaire Titans series...

He defied the expectations of his tycoon father and well-heeled, affluent family by becoming a Navy SEAL and later a clandestine operative for the darkest government agencies.

He thought he'd left that world behind for a Bay Area start-up with his brothers, but a man's past has a way of catching up with him.

I'm Piper Kipton. I'm on the run from my own mistakes, and there's only one man who can protect me from them. And he just so happens to be 6'5 with rugged good looks and a penchant for making me weak at his touch.

Brought together by unfortunate circumstances, Atlas will do everything in his power to protect me from the dangers that lurk beyond the guarded walls of our luxury digs. But who will protect us from our forbidden desire for one another?

Atlas says it's a waste of time to wish for a better past. Little do we both know- the secrets of our pasts might be the only way we can possibly have a future.

WARNING: This is a steamy read full of tons of hot sex and high-stakes situations. It involves a love that happens fast and is an action-packed, fast paced romance where nothing is as it seems... except the need for a man to protect the woman he loves and wants at all costs. Buckle up! Because this is the sexiest Alison Ryan novel yet.
more
Amazon Other stores
Bookmark  Rate:

'Atlas' is tagged as:

The 'Sons of the Billionaire Titan' series

All books by Alison Ryan  ❯

Buy 'Atlas' from the following stores: