The Highlander (The Rise of the Aztecs #1) 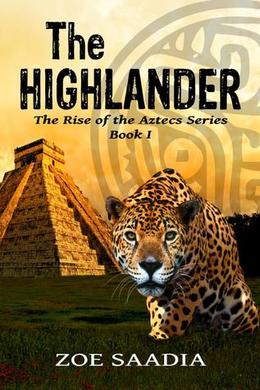 Born in the Highlands, Kuini thought his life was simple. You hunt and you fight, defending your towns against the raids of the Lowlanders and then raiding their lands in turn. His father was the Warriors’ Leader, and he wanted to be just like him.

Yet, Texcoco, the mighty Capital of the Lowlands, seemed incredibly beautiful, sparkling, its pyramids magnificent. A friendship with the Lowlander boy, the First Son of the Texcoco Emperor, seemed harmless in the beginning. They were just boys, and their clandestine meetings were always fun, providing great entertainment.

However, on the day Kuini agrees to finally enter the magnificent city, it would all change. He expected to get into trouble, but he could not foresee the extent of the trouble and, worst of all, he did not expect to uncover hidden secrets concerning his own family.
more
Amazon Other stores
Bookmark  Rate:

'The Highlander' is tagged as:

The 'The Rise of the Aztecs' series

Similar books to 'The Highlander'

All books by Zoe Saadia  ❯

Buy 'The Highlander' from the following stores: