Love on Fire (Firefighters on the Fox #1) 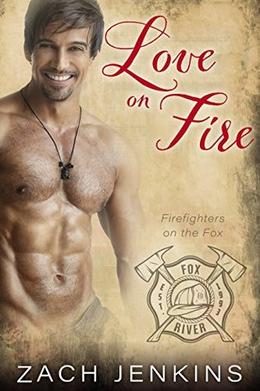 Clay Brown has always wanted just one thing: to be a firefighter. He even has the girl of everyone else's dreams, until she dumps him to chase her own career. Newly single, Clay bumps into the only guy who ever made him feel alive - and who he almost kissed back in high school, before losing his nerve.

He burned me before. Never again.

Ezra Kaufman may be lonely, but he’s not stupid enough to make the same mistake twice. When Clay saves his mother, Ezra is smart enough to keep his distance. Clay may send out all the right signals, but Ezra knows from experience that the hot firefighter isn’t willing to go public with an openly gay man like him.

Some fires refuse to go out.

Once sparks fly there's no going back, but can there possibly be a future when both men fear commitment, or will it take the heat of a fire to forge something new?

Love on Fire is a steamy, standalone gay for you romance novel with no cliffhangers.
more
Amazon Other stores
Bookmark  Rate:

'Love on Fire' is tagged as:

The 'Firefighters on the Fox' series

Similar books to 'Love on Fire'

All books by Zach Jenkins  ❯

Buy 'Love on Fire' from the following stores: