Lost In You (The Soldiers of Wrath MC #6) 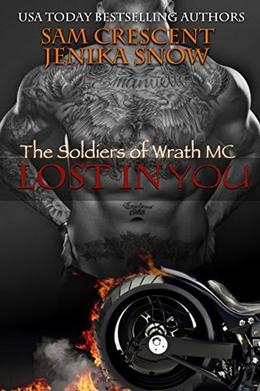 She was his drug of choice, his addiction. He'd kill for her, die for her. Nerd would walk through hell just to prove he was crazy for her. She was his obsession, and no matter how much she denied him he'd make her see she was it for him. Nerd had never wanted anything for himself ... until she came along. Hannah was his everything whether she knew it or not. Nerd just needed to prove to her that underneath the bastard he was they'd be good together.

*Exclusive novella, All or Nothin', will be included in Lost In You. This novella will feature short stories (a where are they now set-up) from the following Soldiers of Wrath characters: Demon & Deanna, Joker & Amy, Steel & Eloise, and Shakes & Daniella.
more
Amazon Other stores
Bookmark  Rate:

'Lost In You' is tagged as:

The 'The Soldiers of Wrath MC' series

Similar books to 'Lost In You'

Buy 'Lost In You' from the following stores: