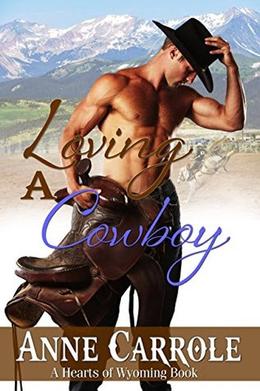 Saddle bronc rider Chance Cochran knows a bad omen when he sees one, and Libby Brennan isn’t just a bad omen, she’s the woman he was married to, five years ago, for all of forty-eight hours—before her father dragged her away and started divorce proceedings.

It isn’t by coincidence Libby Brennan shows up where Chance is celebrating the win that put him in the million-dollar cowboy class. Older and hopefully wiser, she’s come to clear up a legal technicality as well as ask his forgiveness. Then maybe she can move on with her life.

But saying she’s sorry won’t be enough to make amends to this cowboy who has endured a lifetime of people abandoning him. When Chance needs some help after sustaining an injury however, Libby may have a second chance—at love.
more
Amazon Other stores
Bookmark  Rate:

'Loving A Cowboy' is tagged as:

Similar books to 'Loving A Cowboy'

Buy 'Loving A Cowboy' from the following stores: