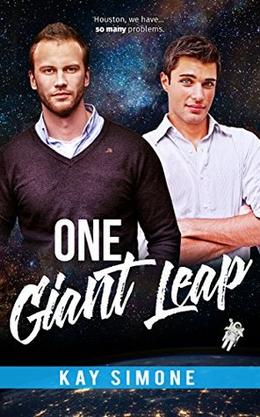 Houston we have so many problems…
Curtis “Launchpad” Larkin’s career as an astronaut has had its share of ups and downs.

Alternately lauded as the single-handed savior of NASA and condemned as a reckless, hot-headed bully, Curt has been through the wringer of public opinion and come out on top. When he embarks on his final mission with NASA, Curt figures there’s no curveball that life has left to throw him.

But when the role of spacecraft communicator is passed to a young engineer back in Houston who he’s never met, Curt’s mission takes on a new trajectory.

“CAPCOM to commander. Do you read?”

Patrick Harte’s life is turned upside down when he’s called to fill in at mission control, working directly under his hero, Curtis Larkin.

Falling for Curt is just a small step for Patrick — but it’s one giant leap to think that the astronaut could ever return his feelings.

“The more I talk to you, the more I know that we understand each other.”

After Curt connects with Patrick from worlds away, he can’t imagine life on earth without the other man… Despite the fact that he’s never laid eyes on Patrick. And their problems won’t stop once he’s cleared for landing.

The bad-boy astronaut is no stranger to controversy — but will the genuine and soft-spoken man of his dreams be able to keep up with the trouble Curt seems to stir everywhere he goes?

One Giant Leap is a slow burn m/m contemporary romance novel with a May-December theme, lots of humor, medium angst, medium heat, and a happily-ever-after ending — plus a sexy bonus chapter.

$0.99 for a limited time
more
Amazon Other stores
Bookmark  Rate:

'One Giant Leap' is tagged as:

Similar books to 'One Giant Leap'

Buy 'One Giant Leap' from the following stores: