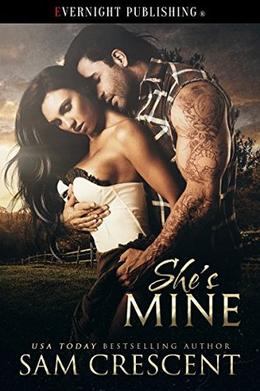 Drew Reynolds is a hard working man. He’s not rich, he’s not fancy, but when he finds the one, she’ll be the only one. For seven years he has only been existing—until Raven Howards finally returns to town. He’s going to own every part of her, and he's sure to let everyone know she belongs to him.

Raven remembers Drew. He was the one guy that stood out from all of the others. However, he’s the bad boy that all the girls want...and have had. How can she even fall for a guy like that?

He’s not taking no for an answer. She’s back, and he’s taking her. There will be a happy ending, he won’t allow for anything less.
more
Amazon Other stores
Bookmark  Rate:

Similar books to 'She's Mine'

Buy 'She's Mine' from the following stores: