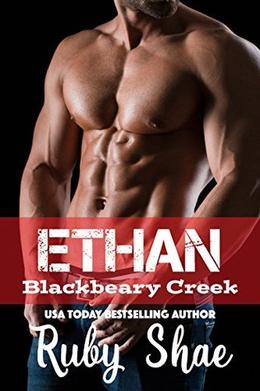 Tegan Ryan is tired of being an outcast. Being the offspring of bear shifters, but lacking the ability to shift, keeps her detached from the shifter world; and living with bear shifters, and keeping their secrets, keeps her from fully connecting with humans. Her height, along with miles of plus-sized curves, doesn’t help the situation, and neither does the bone deep desire she has for her brother’s best friend.

Ethan Brooks, a black bear shifter, and second-in-command for his small clan, has loved Tegan since the day she was born, but he never understood their connection until her eighteenth birthday. Unfortunately, Tegan’s feelings toward him didn’t change, and in an effort to save his sanity, he buried his longing and tried to ignore it.

Realizing you’ll never truly fit in anywhere is devastating, but Tegan knows it’s the truth. When her alpha grants her permission to leave, she doesn’t waste time embracing her new life, but that doesn’t stop old threats from emerging. After years of unsuccessfully denying his bear, Ethan won’t let anything stop him from claiming his mate…but he’ll have to face one pissed-off alpha, a raving lunatic, and a skeptical curvy beauty that owns his heart, even if she doesn’t know it yet. He’s definitely got his work cut out for him.

'Ethan' is tagged as:

Buy 'Ethan' from the following stores: