Owned by the Mob Boss 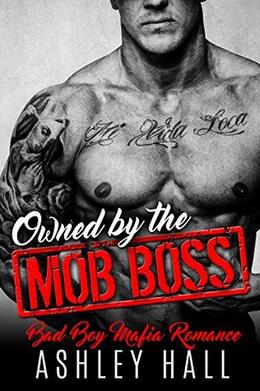 I knew she was desperate, and so I used her for what I needed most: an heir.

Does that make me bad? Probably. But I’ve never claimed to be a nice guy.

I want an heir to carry on the Kovalsky name. I’m the last of my family, ever since my most hated enemy murdered my parents.

When Rachel offered herself up for the job, I knew I wouldn’t regret having her sweet little body be mine for however long it took to get her pregnant.

I make her scream until she’s hoarse. I want to own her, to brand her, to fill her with my child.

But now she’s in danger of being hurt by the same man who killed my parents.

And when he takes Rachel and the baby she carries, I know I’ll do anything to protect them.

It’s time to teach the world a lesson:

Never, ever steal from the mob boss.


OWNED BY THE MOB BOSS is a full-length, standalone romance novel with steamy hot sex, strong language, a happily ever after ending, and NO CLIFFHANGERS. Contains dark and disturbing themes, and over-the-top sexiness that may be uncomfortable for some readers.

'Owned by the Mob Boss' is tagged as:

Similar books to 'Owned by the Mob Boss'

More books like 'Owned by the Mob Boss'   ❯

Buy 'Owned by the Mob Boss' from the following stores: