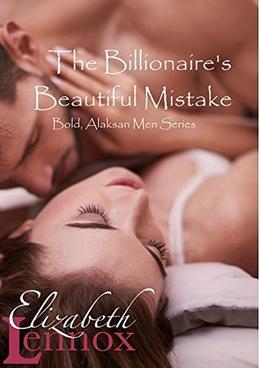 Violet knew exactly what she wanted in life and went after it. She had built up her craft store from a hole in the wall to a thriving Internet success, she had friends and a warm home in a beautiful state. And when she was attending a bachelorette party, she thought she’d found the most exciting man with whom she could share her life.

Creek Jones had moved away from the mainland and bought himself a mountain. He could run his business empire from afar, away from the negative aspects of the world. With pristine air and beautiful landscapes, he thought he’d had it all.

Until an adorable brunette walked behind his bar in tight jeans and a fluffy sweater. He was knocked out. Violet Jenkins thought he was a bartender, had no idea that he was wealthy. All she wanted was him.
And he wanted her.

Until Violet’s stepfather explained that Violet’s “services” came with a price.
In the end, his morals wouldn’t allow him to pay for sex. And when Violet discovered that he had been, she was livid. Hurt. Disgusted.

All the precious, warm feelings were broken with his words.

Could Creek figure out how to get her back from such a heinous error?
more
Amazon Other stores
Bookmark  Rate:

'The Billionaire's Beautiful Mistake' is tagged as:

Buy 'The Billionaire's Beautiful Mistake' from the following stores: