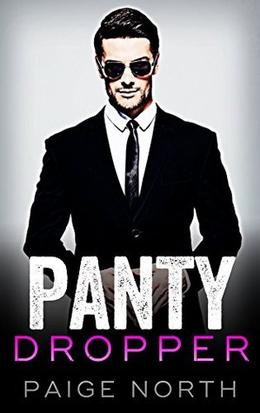 They call him The Panty Dropper.

They say he can make any woman drop her panties in two seconds flat.

He’s six-foot-two of hard-bodied muscle, filthy rich, with an even filthier mouth and a nastier imagination.

He dates models and actresses, leaving them washed up and burnt out, unwilling to talk to the press about what it’s like to date him.

I thought he would NEVER go for a girl like me.

But to my surprise, I’m wrong. And everything they say about him is true.

The dirty mouth.
The nasty imagination.
The fingers that can get you off in thirty seconds.
The disappearing acts.
The fear of commitment.
Secrets so deep you could drown.

But I’ve got a secret, too. I’m not really just another girl. I’ve been hired by a magazine to get the real scoop on what it’s like to date the Panty Dropper.

Of course, it’s hard to remember that when I’m screaming his name, when his face is buried between my thighs, when he’s kissing me so hard and deep my head is spinning and my knees are weak.

The whole messed-up situation is the stuff of a Hollywood movie.

And like most Hollywood movies, I figured the ending would be predictable.

But as it turned out, our story had a twist I never saw coming.

'Panty Dropper' is tagged as: